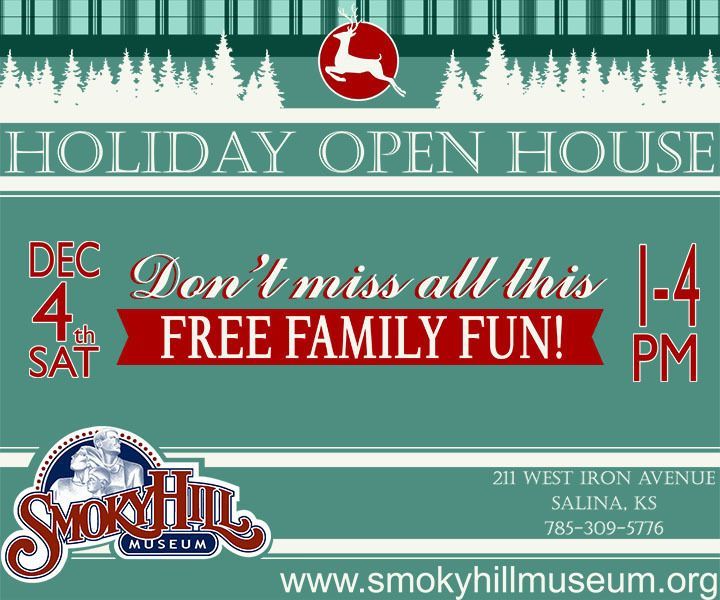 Don’t miss all this free family fun event at the Smoky Hill Museum on Saturday, December 4 from 1:00 – 4:00 pm! Timed tickets are required, so go to smokyhillmuseum.org to get your tickets now. 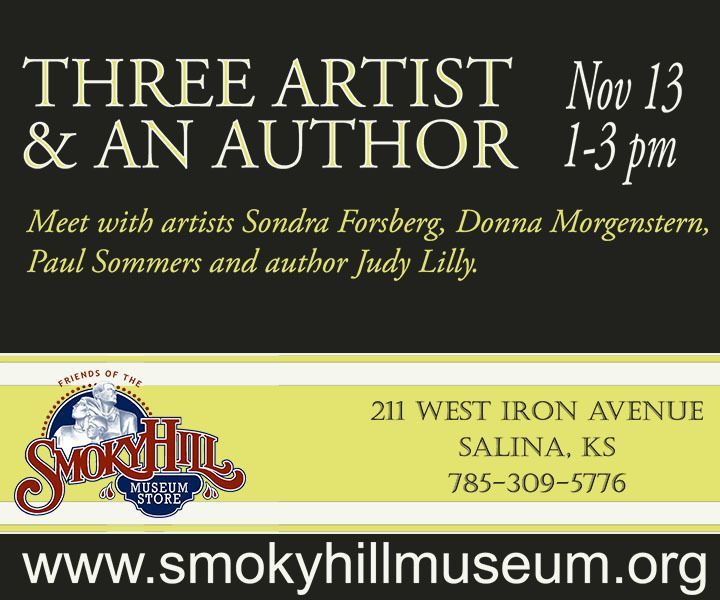 Come meet Three Artists and an Author at a special come-and-go gathering on Saturday, November 13, from 1:00 to 3:00 pm at the Smoky Hill Museum Store. 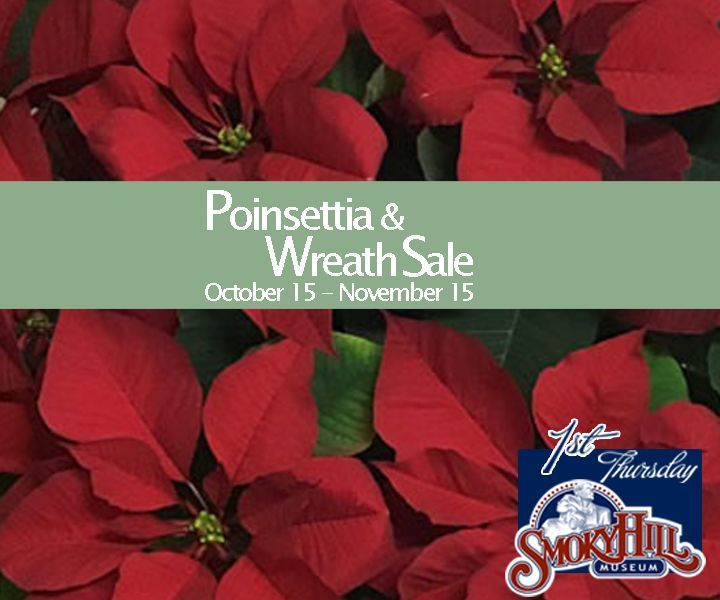 Avoid Holiday shipping hassles and score big points with family and friends by giving gorgeous poinsettias as a living holiday gift. The full, 18-inch Small plants are $14. The luxurious, 24-inch Medium plants are $29. Both options are multi-stem plants available in solid red, pink or white, plus two special shades for 2021: Marble (cream leaves with bold pink stripes or striations; pictured) and Superba Glitter (red leaves with cream striation). Also available is the stunning 36-inch Large, only in Christmas red for $40, ideal for fireplace, foyer or doorway use. 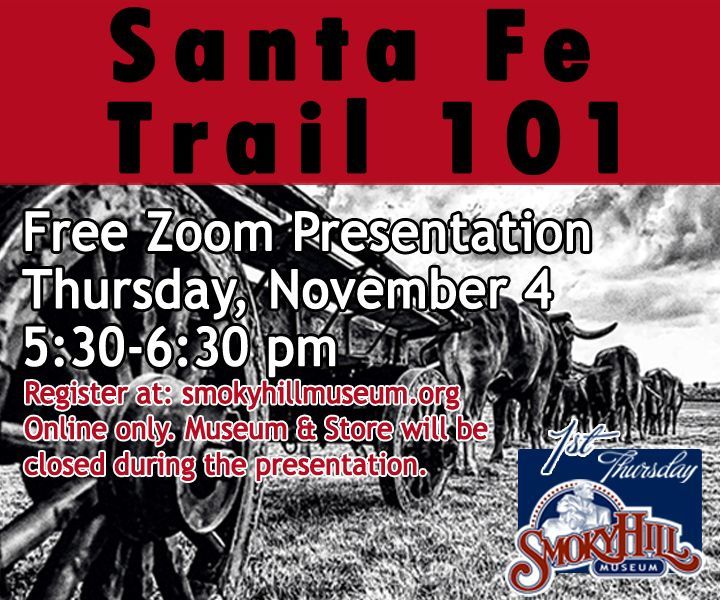 Join Steve Schmidt for a historical overview of the Santa Fe Trail. He’ll discuss its beginning 200 years ago, how it played a key role in international events, influenced the global economy, and more. 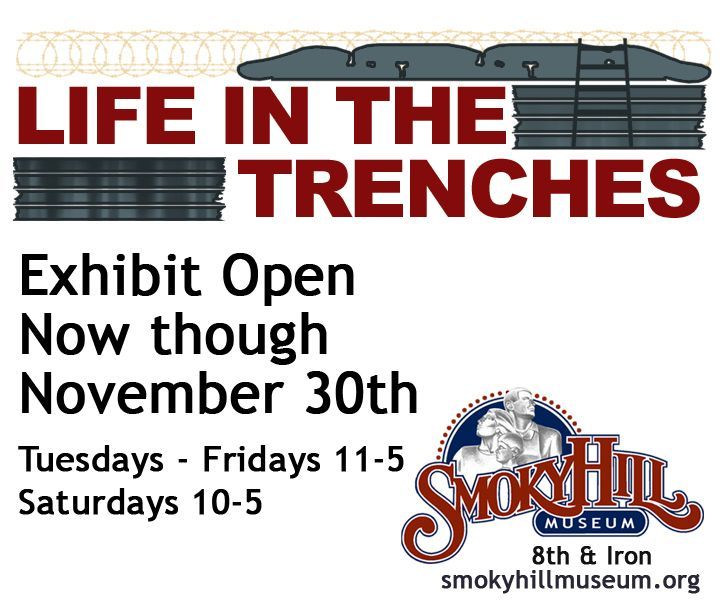 Life in the Trenches Exhibit

The Smoky Hill Museum designed and produced a traveling exhibit to send around Kansas, and its first stop is right here in Salina at the Smoky Hill Museum. The exhibit is Life in the Trenches. It explores the human face of WWI and the miserable nature of trench warfare. This unique exhibit focuses on the harrowing first person accounts of Kansas soldiers’ lives in the trenches. It will be on display in the Museum lobby through November 30, 2021. 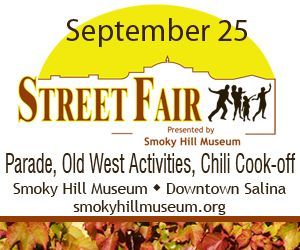 The Smoky Hill Museum Street Fair takes place on Saturday, September 25 from 10:00 am to 4:00 pm in and around the Smoky Hill Museum at 211 W. Iron Avenue in downtown Salina. The Street Fair has no entry cost and is a day to celebrate the Old West with a chili cook-off, music, activities, food vendors and, of course, the museum itself. 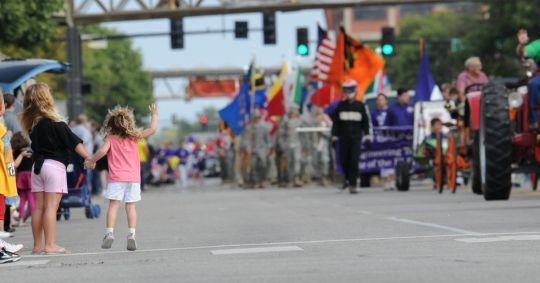 The Smoky Hill Museum Street Fair is seeking parade entries and invites you to participate in this wonderful event. Parade applications must be returned by Friday, September 3, in order to participate. 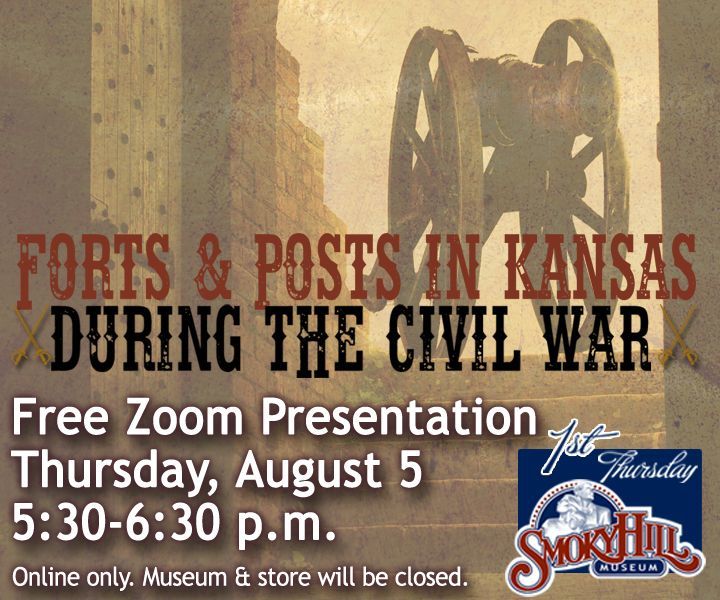 Forts and Posts in Kansas During the Civil War Presentation

The Smoky Hill Museum will host a free Zoom presentation about Forts and Posts in Kansas During the Civil War. This presentation will take place on Thursday, August 5, 2021, at 5:30-6:30 p.m. 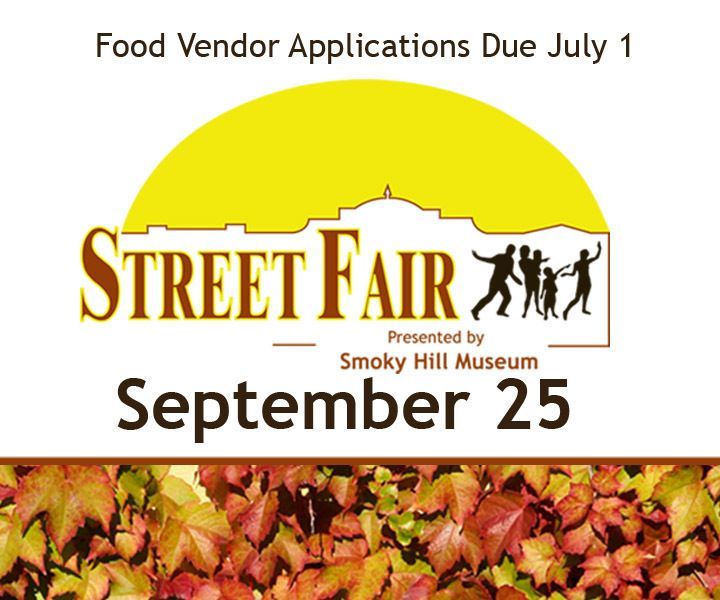 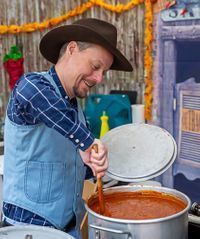 We need the talent of local teams to cook up their own unique brand of chili. In order to make this less of a burden on our teams, we help provide ingredients to help each team off to a good start. Teams will receive a generous starting kit of ingredients that includes 15 lbs. of beef and a mess of onions and tomatoes. From there, each team can add their own unique ingredients to make the chili something special. Entering is easy. Follow this simple check list.

Create a team with up to four people.
Fill out the form below or download and return the paper version.
Choose a theme for your booth, and yes, it’s ok if you want to highlight your organization through your booth theme.
Create your recipe and be ready for a day of fun.
ENTRY FORMS DUE BY JUNE 30.
Non-Refundable Application fee: $25 payable to The Friends of Smoky Hill Museum.
ONLY SIX TEAMS WILL BE CHOSEN, SO GET YOUR PACKET IN TODAY! 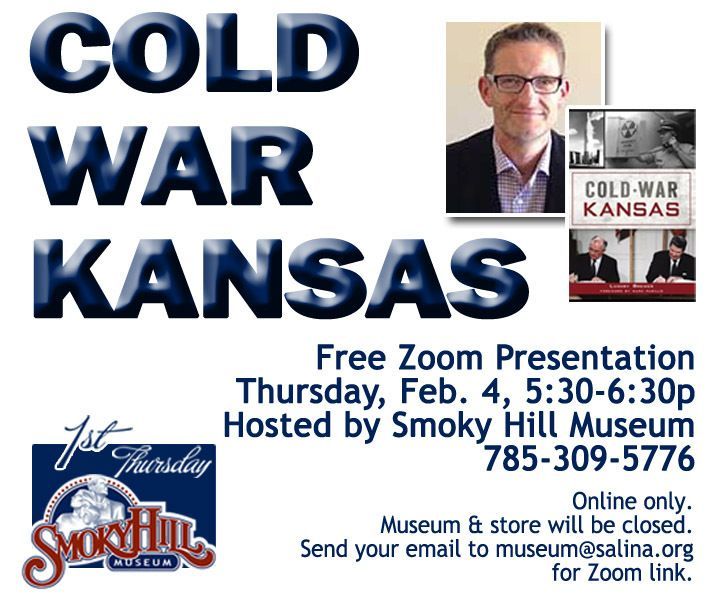 Join Landry Brewer as he takes us on a journey to underground missile silos and fallout shelters. He’ll discuss how Kansas played an outsized role in the Cold War and featured prominently in nuclear deterrence and national defense. He’ll also share about Salina’s involvement in and response to the Cold War during the conflict’s most dangerous years. Brewer is the author of Cold War Kansas, available in the Museum Store, and the Bernhardt Assistant Professor of History at Southwestern Oklahoma State University. Enjoy a free Zoom presentation about Cold War Kansas from the comfort of your own home on Thursday, February 4, 5:30-6:30p. 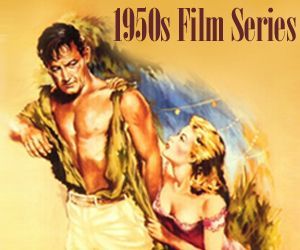 The Film Series, sponsored by Heritage Real Estate Advisors and the Ellsworth Independent-Reporter newspaper, features the 1956 Oscar-winning film "Picnic," filmed largely in Salina and other Kansas communities. It stars Kim Novak, William Holden and Rosalind Russell in the story of Hal, a handsome drifter who stirs up conflict and romance when he comes to town over Labor Day weekend. 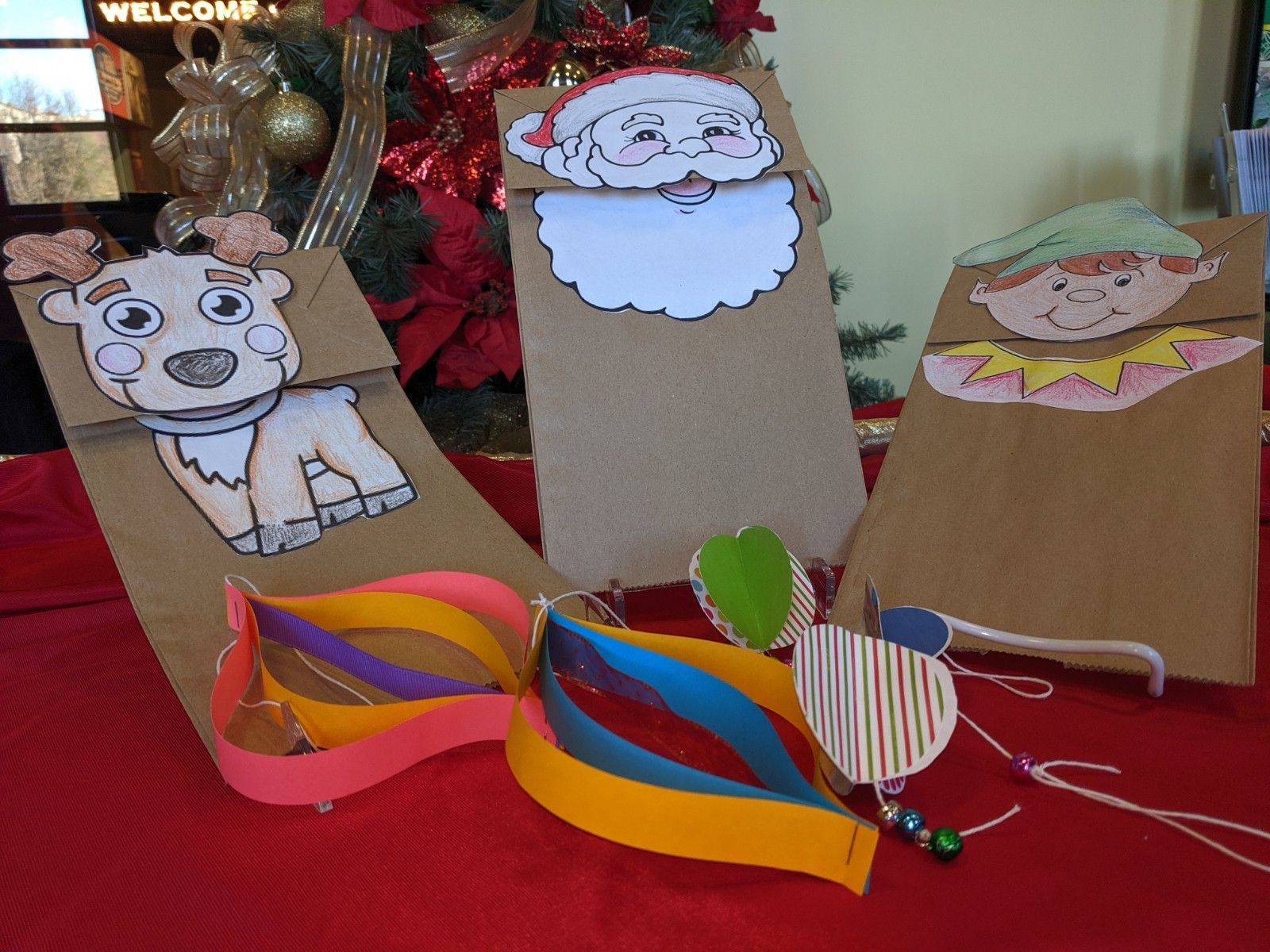 Craft Kits Available for Christmas at the Museum

Reservations are Encouraged to Visit Museum

In light of the Saline County Public Health Order, there will be a limit to the number of people entering the Museum. Reservations, made through the Museum website or via phone are highly recommended to guarantee entrance times. Reservations can also be made on-site at the Museum, but there may be a waiting period. 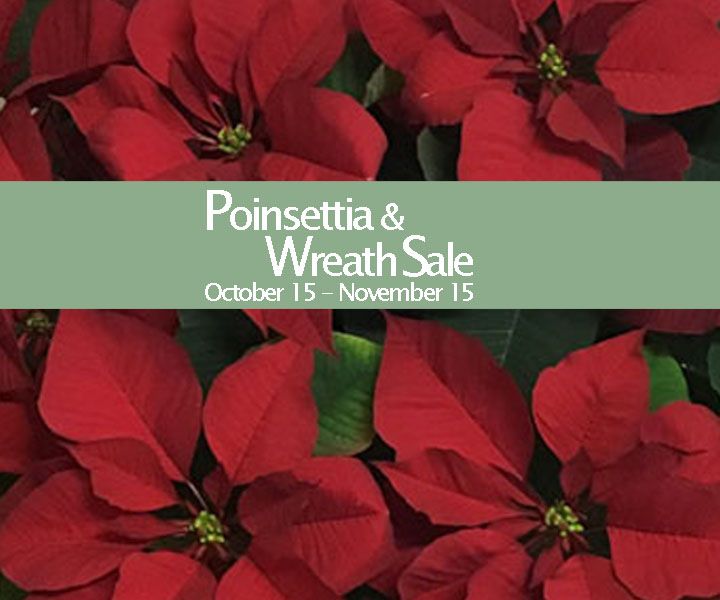 Gorgeous, nursery-grown poinsettias, available in six vibrant shades for 2020, brighten your holiday décor and are easy and affordable to share. Fresh, lush greenery wreaths made at BEL Tree Farm are available in three sizes. 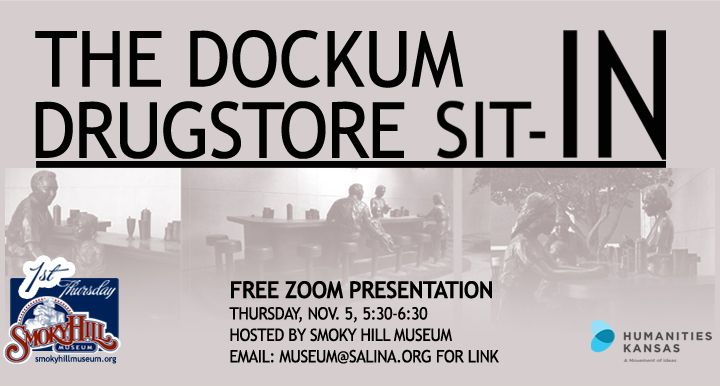 The Smoky Hill Museum is having a special Zoom presentation on November 5 at 5:30 p.m. about the July 1958 Wichita Dockum Drugstore sit-in. Send your email to museum@salina.org to reserve your place. 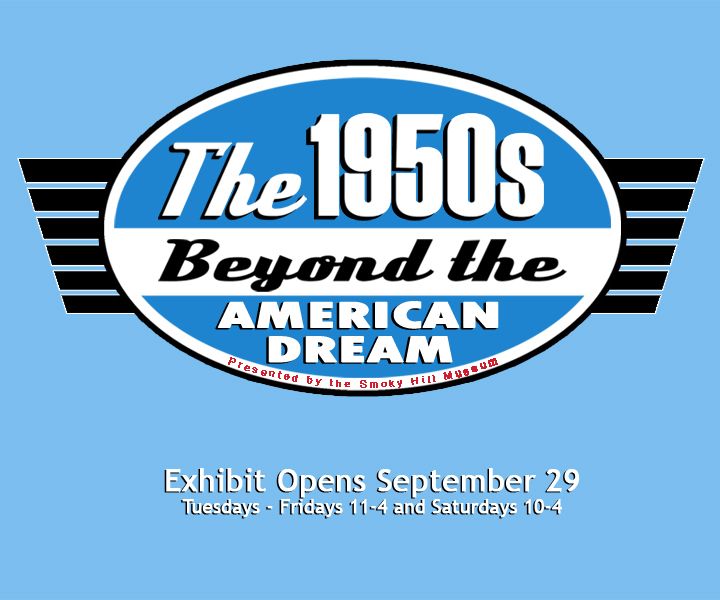 The 1950s Part 2: Beyond the American Dream exhibit 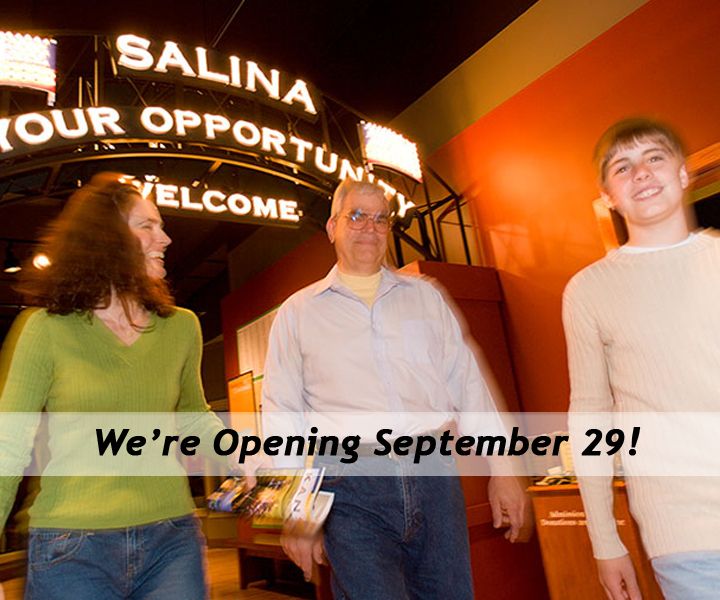